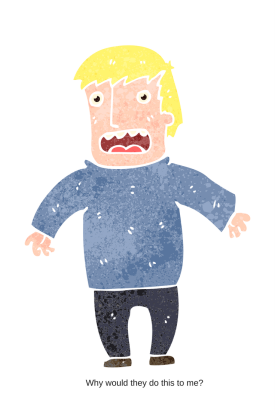 Those of you who have been using ChurchNext for a while may have noticed that the page for your church’s school has changed a bit in the past month or two.

Pathwright (our dauntless online education platform) has updated the platform, and the result is that it should be easier in the long term for you to add classes, add members, etc. to your courses.

In the short term, however, those comfortable with the old ways — the ancient traditions that go back at least a couple of years — may be wondering something along the lines of “What’s going on?” or “Why did they change it?” while getting used to the new formats for adding courses, inviting participants, etc.

Fear not! Behold: a new manual to help you figure out anything that might have changed. We bring you the new Getting Started manual. Written by the hand of one Mrs. Christina Dorn, ChurchNext tech guru extraordinaire, this updated manual should tell you anything you need to know as you adjust to our transition.

If you have any problems that the manual does not answer, please email us at hello@churchnext.tv .

ChurchNext has created a new certification program, in partnership with Bexley Seabury Seminary.

ChurchNext has already created a certification program in vestry leadership, which has received positive feedback. Now we are adding a prayer book certification program, in which students take eight courses that explore the Book of Common Prayer. The courses are all taught by professors at Bexley Seabury Seminary.

By the end of this program, students will be extraordinarily well-educated about the Book of Common Prayer.

Students can earn a certificate by completing all eight 45-minute courses, which will take an average learner a total of 3 hours. The courses are also available in a For Groups format, making them ideal for small group learning.

Successfully complete all of these courses and receive your custom Certificate in Prayer Book Studies.

Learn more about the prayer book certification program here. In the meantime, here is a list of the courses included in the program.

Please remember, these courses are available in For Groups format as well as for individual study.

For a preview of Roger Ferlo’s course on Scripture and the Prayer Book, click here.

We just launched Congregations as Sanctuaries For Individuals and For Groups. 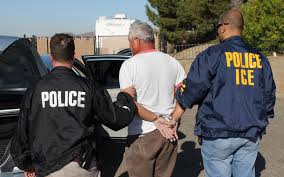 adopted a much more aggressive approach, deporting people who are living here without permission even if they have no criminal history as well as hugely increasing the budget for policing the border and requiring local police offers to act as immigration enforcement agents. For more information about the Trump Administration’s policies toward undocumented immigrants, click here.

Many communities of faith in Christian, Jewish, Muslim, and other religious traditions see these laws as unjust and cruel, especially because so many families are being brokenup as undocumented parents are deported away from spouses and children who are legal U.S. residents. In response to laws that they see as inhumane, these faith communities have chosen to offer sanctuary to undocumented immigrants who are being threatened with deportation.

Lincoln Park Presbyterian Church in Chicago is one of the first congregations to have offered sanctuary to undocumented residents since the Trump Administration policy changes.

To offer sanctuary today means to offer a place on the church grounds for undocumented individuals to live, prepare food, and sleep while they work toward getting permission to remain in the U.S. U.S. Customs and Immigration Enforcement internal regulations treat churches and other sacred spaces as sensitive areas, and agents are generally reluctant to forcibly remove people who seek sanctuary in such areas — though churches are not guaranteed the right to offer sanctuary to undocumented immigrants.

In this course,  Paul Perez, founder and director of  Justice For Our Neighbors  in Southeastern Michigan, explains why and how faith communities in the U.S. have chosen to offer sanctuary to undocumented immigrants. He offers guidance about how a congregation might prepare itself to offer sanctuary to an undocumented individual or family, and he suggests ways in which congregations might join a larger network of faith-based organizations, nonprofits, and legal aid programs that assist undocumented immigrants.

We hope that any congregation that is discerning about a call to offer sanctuary to an undocumented immigrant or family will get some guidance from this class about how to proceed. For a preview, please click here.

The most sacred week in the Christian year will soon be upon us. As you consider ways in which you and your family will experience Holy Week this year, consider utilizing the following online resources:

ChurchNext Courses: We offer several courses that you can use to enrich your Holy Week.

We hope that these resource suggestions help you experience a sacred Holy Week as we reflect together on Jesus’ death on the cross, what it means, and why it was necessary.